If Yo-Yos were the key to world domination, Jensen Kimmitt would be King. Kimmitt is Yo-Yo God. He literally killed at every competition this year. 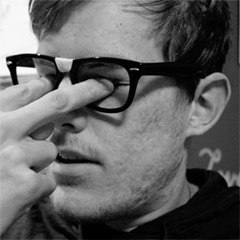 Check out his latest first place steal, winner of Category 1A of the World Yo-Yo Championship, below.

(1A: The player uses a long sleeping yo-yo to perform string tricks which usually require the manipulation of the string.)

Click through the gallery to view more of Jensen's 2010 wins.

Want to master Microsoft Excel and take your work-from-home job prospects to the next level? Jump-start your career with our Premium A-to-Z Microsoft Excel Training Bundle from the new Gadget Hacks Shop and get lifetime access to more than 40 hours of Basic to Advanced instruction on functions, formula, tools, and more.

Other worthwhile deals to check out:

You're right, what ever he's doing there, it's definitely god level.
My computer crashed and blue screened while I watched this video, undeniable proof he has skill on a god level.